What Is Feng Shui?

The literal translation for “Feng Shui” is “Wind and Water”, but the term refers to the ancient practice of arranging the environment for optimal energy flow, or “chi”. This is frequently applied to domestic design and organization but has plenty of applications in the commercial field as well.

By adjusting the environment in this way, the atmosphere engenders a feeling of well-being and also creates the optimal environment to support you and your goals for improved health, professional prowess, or increased financial gain.

Feng Shui is an art form and a science, not a meditation technique, cult or religion.

The Flows or Energy

The concepts of “Chi”, the life force and energy that everything in your environment possesses is central to traditional Chinese medicine, martial arts and acupuncture. This is the same concept upon which the principals of Feng Shui are based as well.

In the same way that a life force flows through the body, “chi” runs through the environment in which you live. When this flow is optimized the environment promotes good health, growth and progress. By the same measure, the flow of chi through the home or business can be com interrupted and result in financial pressure, domestic aggression and poor health.

The energy flow of a home can become stagnant if there is excessive clutter and overflowing closets. It can be rushed through long dark passages and straight shot corridors running from one end of the edifice to the other. The flows can be blocked off altogether by parked cars, trees and walls.

Feng Shui adjustments can optimize the flows of chi through the home and apply elements that facilitate a state of balance and natural chi flow. This environment allows your wishes and desires to be realized.

When did Feng Shui start?

The practice of Feng Shui began with a guide to building homes tombs in such a way as to gain the best shelter from the elements. Over 4000 years the practice was finely tuned to ensure that not only elements were considered, but the flows of energy were optimized for success.

As the practice grew more intricate al architectural features could be considered as part of a single body that is the home. Fireplaces, windows, kitchens and landscaping were arranged in Feng Shui.

The principals would have been abandoned long ago if not for their great success. Soon the placement of dishes, art, mirrors and furnishings were considered and the essential areas of the home began to take shape. Practitioners of Feng Shui soon developed a “map” of the home and used this to decide where specific enhancements should be applied.

This map, called the “Bagua”, can be placed over a floor plan for the home and it shows where the nine main energy areas of the home are located: these are the Self-development, Children and Creativity, Helpful People and Travel, Relationships and Romance, Family, Wealth and Fame energies.

Each of the regions has a special function and the energy flows must run through them all to ensure the bagua is nourished and energized. To properly address the Feng Shui of a home or office, practitioners may factor in things like the birthdays of the occupants, the directions of the compass, elements of culture and Chinese astrology.

Feng Shui for the West

Original Feng Shui is so tightly interwoven with Chinese that the two are virtually inseparable. But there was a Grand Master who developed a version of Feng Shui that is more compatible with Western society and has many of the complex formulas and stringent adherence to cultural elements adapted for simplicities sake.

Grand Master LinYun also considered many of the most essential practices common to many religions and cultures from around the globe when he developed his Black Hat Sect Feng Shui. He was also the first to show how the intentions of the individual can have a significant effect on the environment and the nine areas of the bagua.

The introduction of Feng Shui into Western culture began in the 70s, When Grand Master Lin Yun introduced his work, and matured by the 90’s when it became a household term. Today applications of Feng Shui can be found in every aspect of modern culture from the planning of Trump corporation golf courses to the arrangement of a home office for maximum productivity.

Check out our Feng Shui items below: 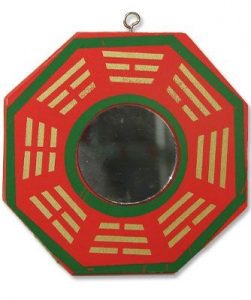