How to Prepare Fresh Herbs for a Spiritual Bath 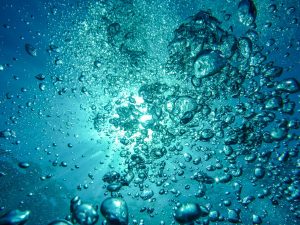 For generations, people have practiced the time-honored of ablution or ritual bathing. It’s easy to see why ritualized bathing evolved because spirituality and bathing have interconnected imagery. Presently, many people use fresh herbs to undergo the same practice that is as old as humanity itself.

This History of Ritual Baths

Bathing developed first. Public baths and elaborate bathhouses were common structures in Roman, Greek, and ancient Japanese cultures. Unfortunately, in ancient Roman culture, these buildings were also used for lewd activities which were condemned by Christians during that time. This behavior led the churches to tell their followers that such places were sinful and should be avoided.

The earliest proof of ritual baths comes from ancient Jewish culture. Their ritual cleansing baths, mikvot, were unearthed by archaeological digs around the world. Some of these baths date back as far as 1150 CE. The person was submerged entirely in a bath designed to hold 60 gallons of water. Muslims also had bathhouses that have been linked to spiritual cleaning. People going to the mosque for prayer and meditation used these public baths to cleanse themselves.

During the 16th century, Christians continued to see bathing as sinful, after all the soul only needed to be cleansed from the inside. This rule proved to be a hard time for all forms of bathing since bathing was shunned. They believed the soul did not need outside cleaning. Religious and political power enforced this ban which meant that there was an increase of disease and dirt, which eventually led to various plagues.

The plague of the early 1800s was the final straw. People realized the importance of bathing. Countries invested in better sewage which increased access to clean water which helped stem the tide of death. Water was seen as more than a heating source.

Modern years has seen a revitalization of bathing as a cleansing ritual, with people using Epsom salt, sulfur, and other minerals to aid in the process.

As long as baths have existed, people have used herbs. Ancient Roman records indicate that lavender was popular. Many Europeans used plants like chamomile, hollyhock, mint, thyme, and rosemary. Basically, any herb that adds a pleasant aroma can work well in a bath.

When you take a spiritual bath, the process of choosing herbs has become more structured. Before choosing an herb, you need to determine the bath’s purpose. Many people believe that every herb has a special quality related to various aspects of the body. For instance, chamomile and lavender are seen as ideal since they clear away stress.

What you are cleaning will determine which herb you should use. Espanta Muerto is a plant that has been used for a long time to remove unwanted spirits and dispel jinxes. Bleo Blanco is a plant that increases tranquility and peace.

Some people prefer to use dried herbs since they are easily found in a large variety of retailers. However, if you want the strongest power and aroma from an herb, you should use fresh herbs.

Your belief system and the plants you will use will determine the best time to perform a ritual. For example, The Santeria church prescribes it through prophetic declarations and divinations. However, they allow followers to perform ablutions on their own if needed.

Some recommend bathing on nights when there is a full moon, but never at 6 or 12 AM or PM. After you’ve determined which time works for you and your beliefs, prepare for your ablution. Fill the tub with warm water. Add the herbs and allow them to sit for a minute allowing them to release the aroma. Soak in the water for 20 to 30 minutes.

You can also steep the fresh herbs in boiling water for 10 minutes. Strain the mixture and let it cool completely. Pour the cooled mixture over your head while you stand in the tub.

While doing your ritual bath, meditate on your position in life. Release all negative energy and pull in positive energy. Prayer is encouraged and welcome during this time. If you want a full cleanse, use a soft sponge to add a physical element to this spiritual activity.

There are certain baths within Santeria where the church provides gallons of blessed water for the member to take home and bathe in. However, you don’t need to do this specific bath in order to receive a benefit from ritual bathing; you can start with some simple tactics. The Santeria Church offers recipes that they give out that can help you with ritual bathing.