Money Drawing Rituals That You Need To Know 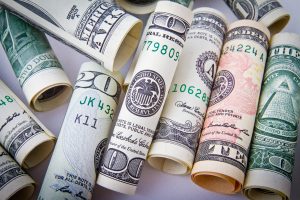 You may or may not be superstitious, but in these days when money is always tight, it cannot hurt you to know about money drawing rituals that have been used since a long time to bring in money.

The oldest one is to light a Bayberry candle. Bayberry candles are made of wax that has medicinal uses, and it has always been believed that burning it to the socket brings health to the home and wealth to the pocket. These candles have also been burned to honor a person and can create closer partnerships and lead to better dealings. Bayberry candles were considered luxuries and were traditionally burned on the eve of Christmas or the New year and were believed to bring abundance. Follow the ritual and say “Money on the floor, money at the door” to complete the ritual.

The act of nailing horseshoes to walls on front doors is followed even today by many people, as it is said it can ensure your luck at bingo or the lottery, as well as protect your money and to see that it stays in your home. Placing a bowl of change by your front door and constantly replacing it with currency is believed to keep your money circulating more energetically. Then, many people believe that the wearing of certain gemstones are lucky for them and can act as magnets that bring prosperity to the wearer. These gemstones can be emeralds, peridots, citrines, sapphires, rubies or diamonds and are often linked to the birth sign of the person wearing them.

A simple ritual followed by Russian peasants was to light a candle and say the words “Trinka5, Trinka5, Trinka5” three times and was believed to bring in 500 dollars. Another ritual that some people follow is to write and sign a cheque to themselves for the amount they need, and then keep the cheque pressed in a Bible. You are required to wait for a few days for this to be effective.

Money trees are often made at Christmas as part of a tradition but are rituals that can be followed throughout the year. Find a branch of a tree that has the form of a full grown tree and pin fake or real money to it with pins. Tree branches are bare, and the pinned money represents leaves. You can use branches of an evergreen tree, as they are considered as natural prosperity. Different trees have different meanings in the ritual. Willow can help you to pay your medical bills as they are meant to alleviate sorrow. Oak branches denote financial strength, maple attracts business and circulates your money. The manifestation in this ritual is that whatever you pin on to this tree will return to you tenfold. So add as much money as you can and see if this ritual helps you with your money problems and draws money to you.

Rituals have always been a matter of faith and all kinds of rituals are followed by people all over the world, irrespective of their upbringing, religion or faith. They have to be believed and you have to have faith in them for them to succeed. It is believed the universe is all a big sea of energy that is constantly being energized by the thoughts, needs, and desires of the people living in it. It is said that constantly believing that something will happen, sends thoughts to the universe and can cause it to happen in time. Money rituals are part of such beliefs. Following a ritual blindly makes for little sense and these things can work if you follow them with the right intent and have faith. Maybe it is the universe listening to your desires and doing its bit to help you.

Most people equate money with loss, as you are constantly having to pay it out for various things, and it is a rare person who does not have some resentment at having to part with hard earned money. Consider instead, that money is energy and is a constant force that dictates almost everything that happens all around you. We need to train our thoughts by appealing to the superconscious that many of us call God, to help. Beware of your subconscious mind that you cannot control and will divert your thoughts. Think positively and make it a daily ritual to imagine yourself in a better financial condition. Use prayer and meditation and mostly positive affirmations and surely the Universe will bring you a solution that can help you to improve your financial situation.

You will probably get some hunches and ideas on what you can do to get more money, and you need to seriously follow through and take it to the end to see if your idea will succeed and bring you the money that you want.